Further research, with the discovery of an article in the Glasgow Herald  dated July 11th 1851  and  with the headline banner “Stonehouse Cattle show”  intimates the following.

“The first annual meeting of the Stonehouse Agricultural society for the exhibition of stock and dairy produce took place at Stonehouse on Wednesday 2nd . The weather was most favorable.”

It then goes onto describe the winners  of each event . Many of the winning families are still in some of the farms to this day

It can therefore be deduced that the society could have been formed prior to the article perhaps even 1850.

Naismith ( and we assume its 1858 states that General Lockhart is the president of the society and that the committee was as follows: John Paterson, James Hutchison, James Baird, J Laurie, R Allan, J Scott and W Hamilton. 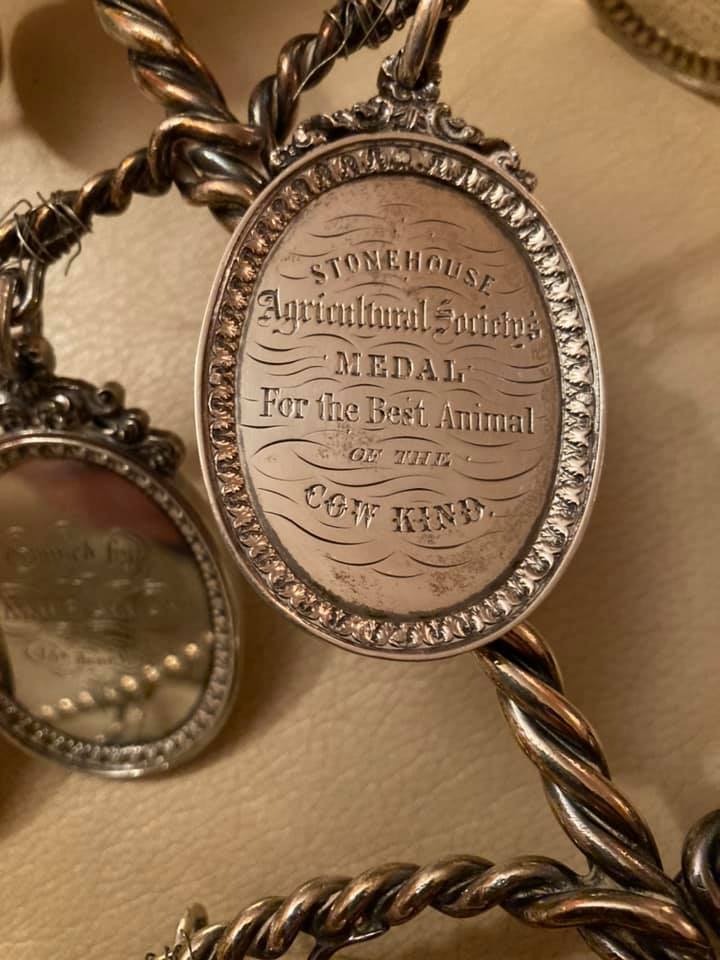 Image 2 of 16
Source of information: