Major Thomas Cloud, the Divisional Officer for Glasgow led the opening meeting. This is recorded in the article attached.  Some months later there is a further report in The War Cry about the new corps, it reports that it now had 84 recruits and soldiers and there is an interesting description of the developing work by Major Cloud who is leading  a band of “Salvation Siegers” to help in the growth of the corps.

Major clouds death is recorded in the following article.

Over the years the work continued and in 1971 Stonehouse was linked with Strathaven Corps. In the same year the renovated hall was re-opened.

Unfortunately the work and membership gradually declined, and on 2 May 1998 the corps was closed.

It is however known through the records of the school headmasters diary that on 2nd September 1904 at 10.00 General  William Booth and a number of his officers in five cars visited Stonehouse attending the Hamilton Memorial Church  for a religious ceremony.

A great number of the Salvation Army records were lost during the Blitz, however records after this period still exist.

On 1st September 1904 General Booth visited Stonehouse with his entourage.  The following is an extract from the Townhead Public School Headmasters Log book.

Extract from Headmasters log book 2nd September 1904. “Yesterday Morning General Booth Of The Salvation Army, And A Number Of His Officers Arrived In Stonehouse About 10 Oclock In Five Motor Cars And Held A Religious Service In The Hamilton Memorial U.f. Church. As It Was Known Before Hand That He Was To Arrive Very Few Of Our Scholars Turned Up For School, So We Just Marked The Registers And Then Cancelling The Attendance We Adjourned From 10-15 To 11 -30, When Most Of The Children Came To School. One of the photographs in the collection show the visit. 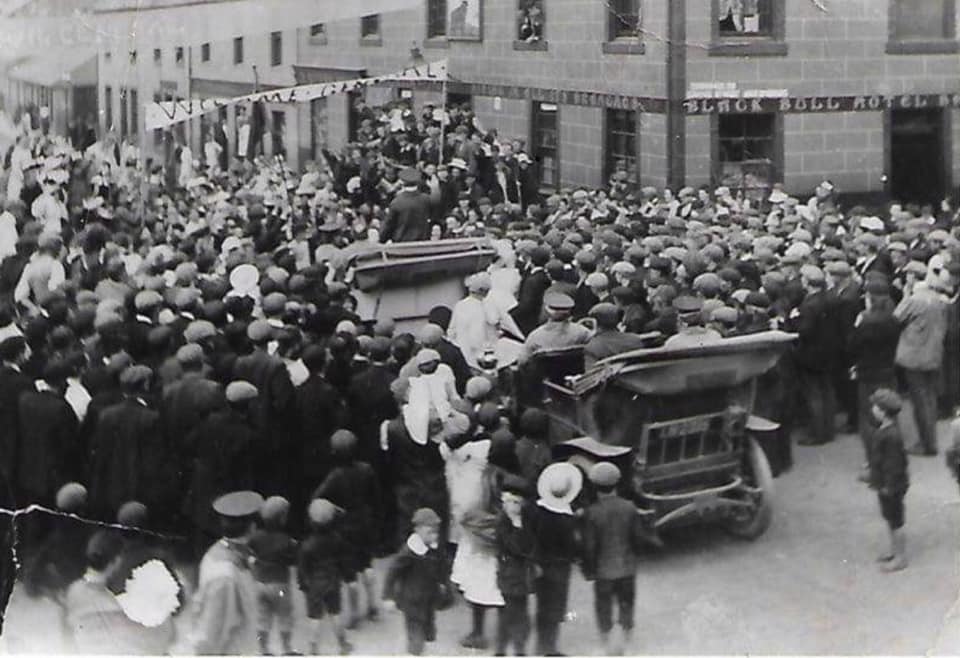