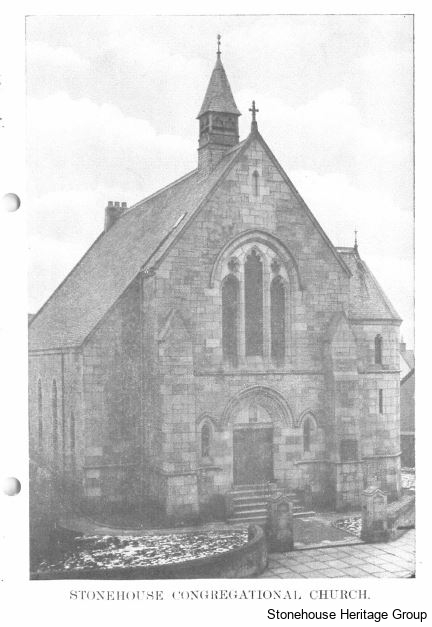 
In 1893 The Hamilton Memorial Free church was vacant and disagreed with the procedure of the session and presbytery in the election of a minister which resulted in 142 members separating from the Hamilton Memorial Church and forming a new congregational church.
Services were held regularly in the public hall before members called upon the Rev. Peter Smith to be their minister. Through their hard endeabvours 1800 pounds was raised to create a new church in Angle Street and this was opened on 21st June 1894.