A popular pastime in the village during the late 19th and early twentieth century was beekeeping. On 4th December 1944 the Stonehouse and District Beekeepers Association was formed. The office bearers and committee were appointed as follows: President, Mr Joseph Brown; Vice President, Mr William Melvin; Secretary, Mr John Johnstone; Treasurer, Mr Robert Craig; Committee: Alexander Watson, Thomas Watt (Jnr), James Dobson, John Dick, and Thomas Johnston. Affiliated to the ‘Scottish Beekeepers Association’, the membership fee was 4/ per member, to be paid at the A.G.M. in January of each year. Each member would give a donation of 2/6 to establish a fund to meet expenses which the association may incur.

Meeting in the Dramatic Club Hall in King Street the club grew from strength to strength, competing against neighbouring clubs and exhibiting their produce. In 1951 the secretary of the Beekeeper Association was the ex-Station Master James Rattray. The clubs most notable success came in the years 1956 and 1957 when a team consisting of Messers Millar, Thomson, Rattray and Johnston won the McClymont Cup.

Local agricultural shows had honey competions as did some of the local associations and the following programmes outline the categories that were open for competition.Honey show programme 1959 blackwood 1956 Show entry

A number of associations existed and a list of secretaries can be found in the attached document which also carries an advert for a hive maker.Local Association Secretaries

Beekeeping in Stonehouse was on the decline during the late 60’s, with poor harvest years and many of their older members dying. The organisation was finally wound up on 20th June 1973 with only five members in the association. It was decided that the remaining members should join up with Blackwood and District Association, as it was the only association remaining in this area.

From an extract of the Hamilton Advertiser it is clear to see the obvious attraction to beekeeping. October 1968 (by Hugh Burns) 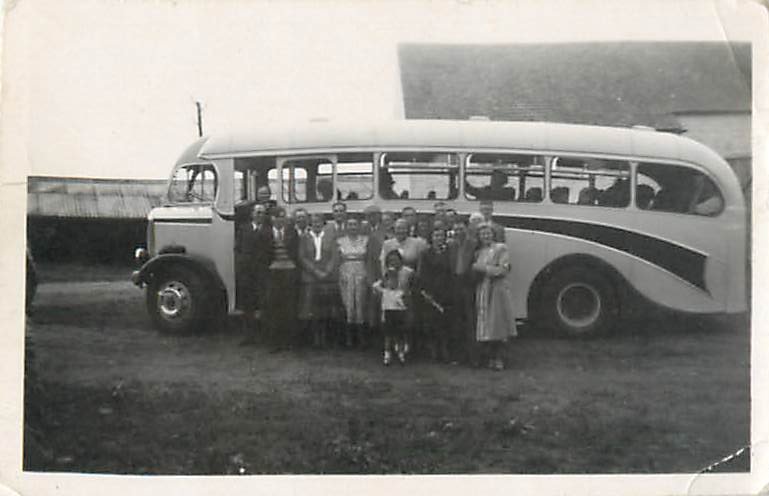 “In the early hours of the morning, the hives were loaded onto the horse and cart for the long haul to the heather moors. Various stops were made on the way to refresh both man and horse. The arrival at the heather, with the resultant release of the bees, was a tricky job calling for an alertness of mind and body which had not been impaired by strong refreshment! In the ensuing battle the bees usually emerged as victors with the beekeepers in full retreat!