The origin on the game in Stonehouse is obscured by antiquity, and so far there does not seem to be any records relating to the formation of the first Stonehouse Curling Club.

Curling was a winter pastime in old Stonehouse, played by young and old, with a strong inter-parochial rivalry with neighbouring villages. The Millholm dam played host to the westward parish bonspiels, such as Strathaven, Sandford, Glassford, Chapelton, etc. The dam no longer exists on the Avon, except by name, and was situated just above the Horse Pool, previously supplying water power to the mill at Millholm. The Blackwood Loch was another favourite venue when playing parishes such as Blackwood, Lesmahagow. It was here that Mr Jeffrey was busy playing a bonspiel when word was brought to him of the burning of the Black Bull Hotel (10th March 1855).
The Swinehill Loch was another meeting place of the curlers, when playing Swinehill, Larkhall, Dalserf, etc. It was situated almost at the junction of the Edinburgh-Ayr and Glasgow-Carlisle roads.

The more commonly known curling venue of Tileworks ‘Loch’ does not seem to have been used at all until a much later period than the above locations. Freezing conditions could last for several weeks, allowing the formation of a league with regular fixtures, against neighbouring parishes. The system was formerly to play with eight persons on each side, one stone each, but then changed to four on each side with two stones each.

Another loch that saw many a fast and furious curling match was that of the old quarry hole at Overwood.

In the old weaving days there was always a supply of curling stones on hand, as the weavers used them for the purpose of weighting their webs when not engaged on the ice. This may in part account for the greater popularity of curling during this period.

It is not known when the last game or match was played however local historian John Young has intimated in some of his literary works that the curling clubhouse was on its last legs in 1932.

The group has a number of old glass slides (donated by the Gray family) depicting curling in the village and these are attached for your enjoyment. 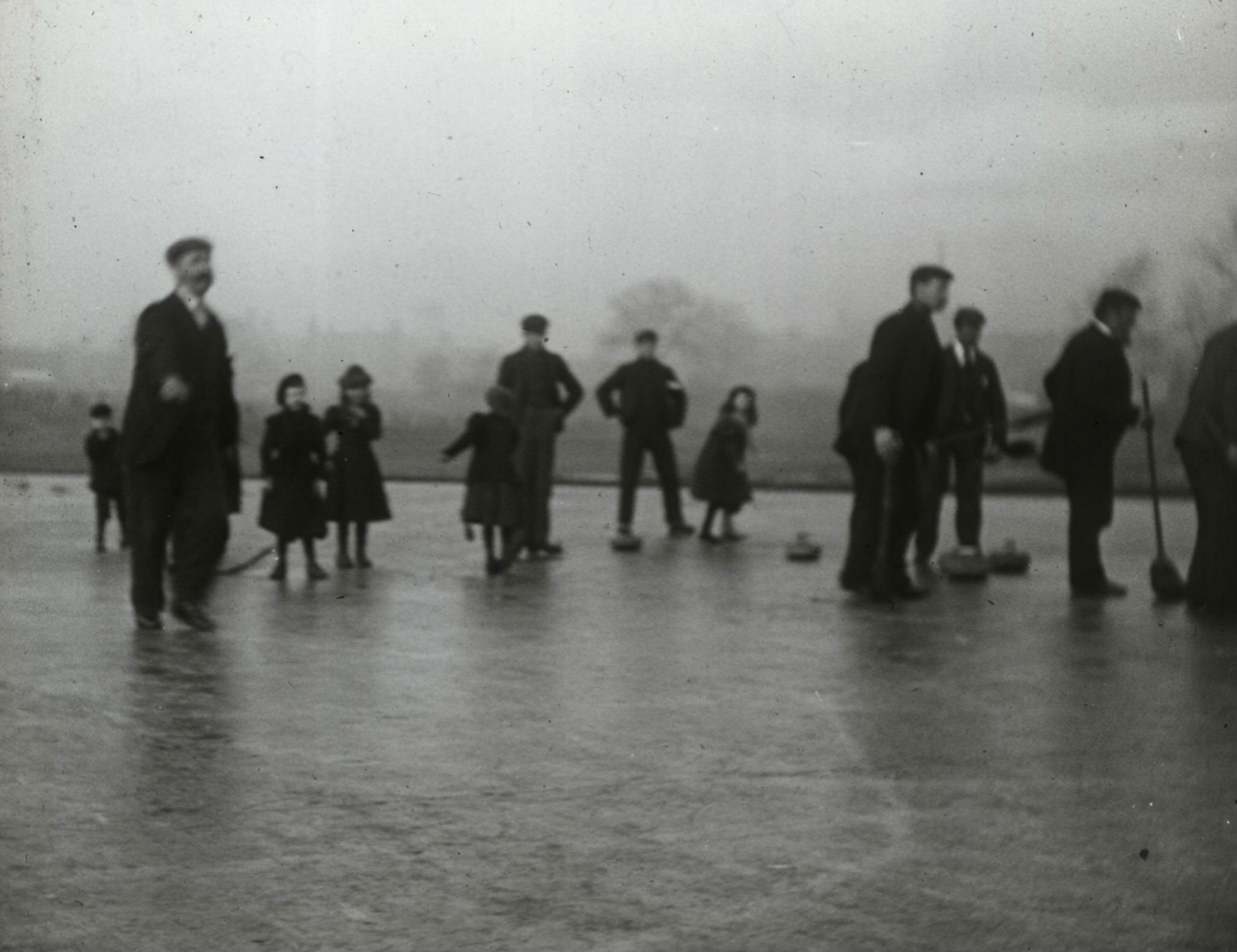